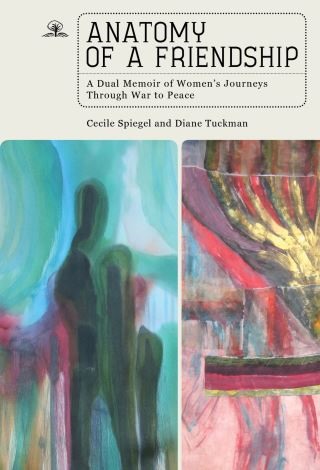 Anatomy of a Friendship

A Dual Memoir of Women's Journeys through War to Peace

Diane Tuckman and Cecile Spiegel fled religious persecution with WWII conflicts at their heels. Separately, from Egypt and from Germany, each leaped continents, cultures, and languages as a refugee before finding a new home in the United States. Hiding in plain sight in France, Cecile eluded capture by the Nazis, but lost many dear to her. Diane came of age there, far from the Mediterranean idyll of her childhood in Egypt. They relied on family, faith, and resilience to overcome the otherness felt by displaced peoples. As they dictated their memoirs to one another, Diane and Cecile discovered the anatomy of their friendship in their parallel odysseys and the optimism of 20th-century American womanhood.

Cecile Spiegel: Cecile Spiegel (1915-2010) was born in Nuremberg, Germany, the only child of loving parents. She escaped to France amid rising Nazi persecution. She survived WWII hidden in the countryside with aid from French Resistance members. Cecile worked for American forces in post-war France before immigrating to America, where she became a French teacher.|||Diane Tuckman was born in 1935 in Heliopolis, Egypt. At the start of the Arab-Israel war in 1948, her family fled mounting oppression. They settled in France, where Diane translated for American forces before moving to the United States. A noted silk painter, she is a founder of Silk Painters International (SPIN).