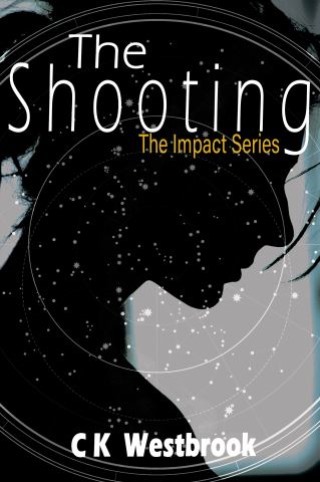 Life will never be the same for Kate.
After almost every gun owner worldwide turns their weapon on themselves in a terrifying fifteen minute window, Kate Stellute, like the rest of the population, searches for answers. The mass-shooting is so enormous in scale and diabolical, no one can figure out who or what caused it, but after a bizarre encounter with an otherworldly stranger, Kate suddenly finds herself the government's prime suspect.
A mid-level program analyst for Space Force and proud rule follower her entire life, a confused Kate doesn’t know where to turn. She puts trust in a neighbor, NASA biophysicist Sinclair, and with their combined background, they race to unravel the truth before an angry mob closes in.
Kate knows she must formulate a plan to appease the otherworldly stranger, keep herself out of prison, and save the world from more violence…but is she already too late?

CK Westbrook: CK Westbrook is an environmentalist who lives and works in Washington D.C. and is a self-described old school news junkie. Since the state of our planet and the news are bleak and depressing, Westbrook escapes reality by creating intriguing characters in a science fiction world. The world these characters live in may also be dark and scary, but they do have fantastic adventures that impact their planet. In addition to creating imaginative stories, Westbrook literally breaks free from daily life with an intense passion for travel and has been to all seven continents. Westbrook loves weaving real world topics and crises into suspenseful sci-fi and fantasy. To learn more about CK Westbrook, please go to www.ckwestbrook.com. Ready for more Kate, Kyle, and Sinclair action and suspense? The Collision, book two of The Impact Series, will be published in fall 2022.