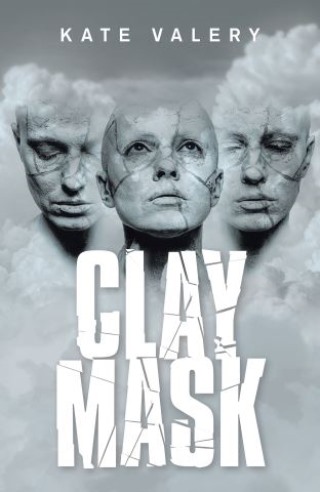 When the young psychiatrist, Dr. Aaron Dispenmore, during his evening walk with his daughter, Laurie, helped a stranger girl on the street to find a bus stop, he couldn't have known that this ordinary event would turn his life upside down, and lead him to the a scientific discovery worthy of a Nobel Prize. But, this discovery could end up potentially deathly ... Which way had Fate chosen for him then – triumph or death? Or maybe both? Clay Mask is a deeply psychological story of love, and the tragedy of mental illness; the story that is searching for the meaning and goals of humans' existence, but is also full of dangerous adventure. It's a novel. However, it is based on a true research study of the secrets of a human brain - its connections to the holographic universe, three-dimensional time, and the endless, mysterious, unbelievable possibilities hidden in 90 percent of its unopened part.

Kate Valery: Kate Valery is a professional musician and journalist. She was born and had university education in Russia. While working at the International Moscow Radio as a music editor and correspondent, she authored eleven books. In 1996, she immigrated to Canada and worked for many years as a pianist and music teacher, and also as the editor of several Russian newspapers in Edmonton, AB. In Canada she started to write in English and authored five books: Stolen and Deadly Paradise – 2007, Curse of Russia – 2009, Love Triangle – 2010, Love with a Ghost – 2011, before returning nine years later to the subject of music in her 6th novel - Midget or Symphony of the Ocean – 2020. Clay Mask is her 7th novel in English. Kate Valery resides in White Rock, BC, Canada where she is the secretary of the local Writers’ Club