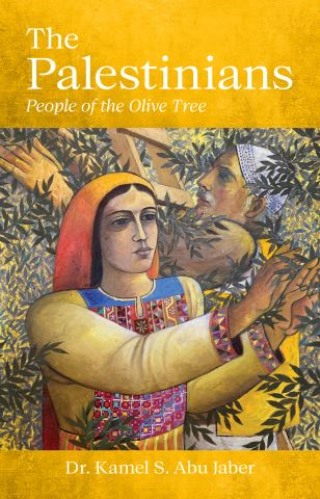 People of the Olive Tree

The Palestinians: People of the Olive Tree presents an eloquent and moving collection of vignettes depicting the human face of the Palestinian tragedy - an aspect too often ignored by those around the world who consider only the political dimensions of the "Palestine question."

The Palestinians as a people are still frequently stereotyped by the international mass media as a nation of terrorists and radicals. The personal accounts collected in this remarkable book go some way to redressing the balance by revealing the human dimension of a suffering nation: the lives of a people in exile or in camps, preoccupied with struggle and survival in a hostile world.

But this is by no means an entirely bleak account: the ordinary Palestinians featured in these vignettes (based on an extensive series of personal interviews by Professor Kamel S. Abu Jaber) describe their everyday existence both simply and poignantly and the eloquence of their tales reveals lives filled with hope, despair, tenderness, love and dreams of success, happiness and - above all else - peace.

Kamel S. Abu Jaber: Dr. Kamel S. Abu Jaber (1932–2020) received his PhD from Syracuse University and did a postdoctoral program in Oriental studies at Princeton. Following an academic career in the United States, he returned to Jordan to pursue an extensive academic career as well as a political career becoming Minister of Economy in 1973, Minister of Foreign Affairs in 1991, heading the joint Jordanian-Palestinian delegation to the Madrid Peace Conference. He also served as Senator to the Jordanian Parliament. Other held posts include: Director of Jordan University's Center for Strategic Studies.