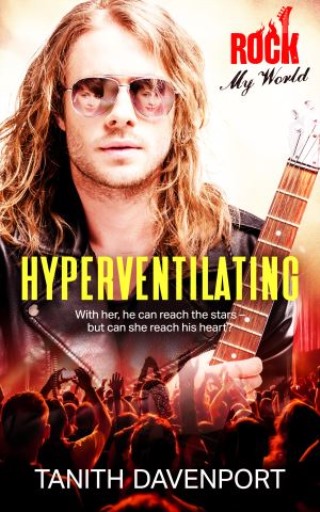 Book one in the Rock My World series

With her, he can reach the stars—but can she reach his heart?

Amber Blake is fleeing a terrible betrayal in her past by touring with rock band Puppetmaster as a make-up artist with her best friend Elyse. Knowing the band is struggling, she hopes to use her make-up skills to reinvent their image, but when a member of the crew drops out, Amber finds herself asked to contribute in a different way—in the form of heated sexual conversations with hot lead singer Cassian Marsh, to put him in top form before every concert.

Despite her past, Amber is unable to resist Cassian's charm and raw energy, and enjoys knowing she can drive him wild with just her voice, but their increasingly passionate meetings leave her longing for more. Can she move past the betrayal she suffered? And can she convince a man as commitment-phobic as Cassian to break his no-dating rule and let her into his heart?

Tanith Davenport: I first started writing seriously when my tutor on a creative writing course pointed me towards the Romantic Novelists' Association and their New Writers' Scheme. Thanks to them, my debut novel "The Hand He Dealt" was accepted by Totally Bound in 2011 and was nominated for the Joan Hessayon Award for 2012. I haven't stopped writing since.