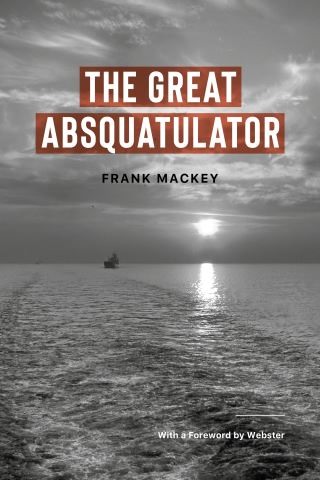 Alfred Thomas Wood was nothing and everything. One hundred years before the Hollywood film The Great Impostor, Wood, the Great Absquatulator, roved through the momentous mid-19th century events from Halifax, Nova Scotia, to New England, Liberia, Great Britain, Ireland, Germany, Canada, the U.S. Mid-West, and the South. An Oxford-educated preacher in Maine and Boston, he claimed to be a Cambridge-educated doctor of divinity in Liberia, whereas neither University admitted black students then. He spent 18 months in an English prison. In Hamburg in 1854, he published a history of Liberia in German. Later, in Montreal, he claimed to have been Superintendent of Public Works in Sierra Leone. He served the African Methodist Episcopal Church in Ohio, Indiana, and Illinois as an Oxford-educated DD, then toiled in post-Civil War Tennessee as a Cambridge-trained MD. People who knew him couldn't wait to forget him. In his Foreword, Rapper Webster (Aly Ndiaye) compares Wood to a mid-19th-century Forrest Gump but also to Malcolm X, before Malcolm became political.

Frank Mackey: Frank Mackey is author of three previous works published by McGill-Queen's University Press: Steamboat Connections: Montreal to Upper Canada, 1816-1843 (2000); Black Then: Blacks and Montreal 1780s-1880s (2004), and Done with Slavery: The Black Fact in Montreal, 1760-1840 (2010). He has worked as a journalist in Alberta, Newfoundland, Montreal, Quebec City, and London (Eng.) and taught journalism at Montreal's Concordia University. He lives in Montreal. Aly Ndiaye, Alias Webster, is a Montreal based Senegalo-QuÉbÉcois rap artist born in Quebec City. A pioneer of hip-hop in Quebec, Webster has been on speaking tours in Universities in Canada and the United States on the creative use of French in rap music. His passion for history led him to get a university education in history and to speak widely on the presence Africans and of slaves in Quebec from the period of New France. He is author of one hip-hop writing manual and a children's book on the first African slave in Canada.