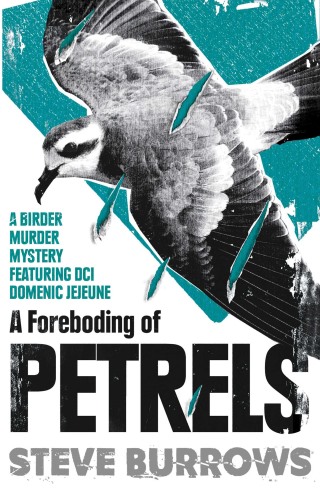 A Foreboding of Petrels

On suspension and unable to work, DCI Domenic Jejeune finds his attention snared by an unexplained death at an Antarctic research base. Meanwhile, DS Danny Maik investigates a string of arson attacks in Norfolk.
When a corpse is discovered in a bird hide, Danny’s investigation escalates. It appears the body links the two enquiries, but the men are unable to share information. As they attempt to unravel a twisted web of leads involving Antarctic researchers, uncompromising climate scientists and billionaire philanthropists, Jejeune is forced to decide how much he is willing to sacrifice in the pursuit of truth.

Praise for the series

‘One of the most delightful mysteries of recent years.’ Daily Mail
‘A most entertaining read.’ The Times

Steve Burrows: Steve Burrows has pursued his birdwatching hobby on six continents. He is a former editor of the Hong Kong Bird Watching Society magazine and a contributing field editor for Asian Geographic. Steve now lives with his wife, Resa, in Oshawa, Ontario.