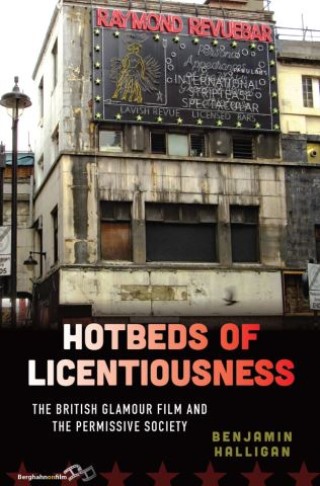 The British Glamour Film and the Permissive Society

Hotbeds of Licentiousness is the first substantial critical engagement with British pornography on film across the 1970s, including the “Summer of Love,” the rise and fall of the Permissive Society, the arrival of Margaret Thatcher, and beyond. By focusing on a series of colorful filmmakers whose work, while omnipresent during the 1970s, now remains critically ignored, author Benjamin Halligan discusses pornography in terms of lifestyle aspirations and opportunities which point to radical changes in British society. In this way, pornography is approached as a crucial optic with which to consider recent cultural and social history.

Benjamin Halligan is the Director of the Doctoral College of the University of Wolverhampton. His publications include Desires for Reality: Radicalism and Revolution in Western European Film (Berghahn Books, 2016) and the co-edited Politics of the Many: Contemporary Radical Thought and the Crisis of Agency (Bloomsbury, 2021).