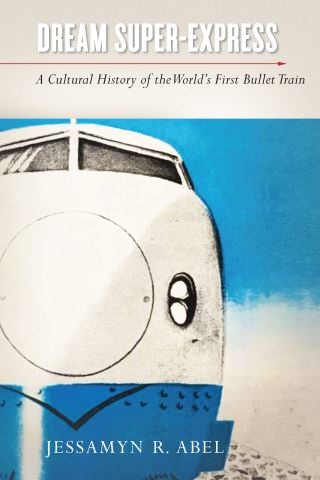 A Cultural History of the World's First Bullet Train

A symbol of the "new Japan" displayed at World's Fairs, depicted in travel posters, and celebrated as the product of a national spirit of innovation, the Tōkaidō Shinkansen—the first bullet train, dubbed the "dream super-express"—represents the bold aspirations of a nation rebranding itself after military defeat, but also the deep problems caused by the unbridled postwar drive for economic growth. At the dawn of the space age, how could a train become such an important symbol? In Dream Super-Express, Jessamyn Abel contends that understanding the various, often contradictory, images of the bullet train reveals how infrastructure operates beyond its intended use as a means of transportation to perform cultural and sociological functions. The multi-layered dreams surrounding this high-speed railway tell a history not only of nation-building but of resistance and disruption. Though it constituted neither a major technological leap nor a new infrastructural connection, the train enchanted, enthralled, and enraged government officials, media pundits, community activists, novelists, and filmmakers. This history of imaginations around the monumental rail system resists the commonplace story of progress to consider the tug-of-war over the significance of the new line. Is it a vision of the future or a reminder of the past, an object of international admiration or a formidable threat? Does it enable new relationships and identities or reify existing social hierarchies? Tracing the meanings assigned to high-speed rail shows how it prompted a reimagination of identity on the levels of individual, metropolis, and nation in a changing Japan.

Jessamyn Abel: Jessamyn R. Abel is a historian of Japan and Associate Professor in Asian Studies at Pennsylvania State University. She is the author of The International Minimum(2015).