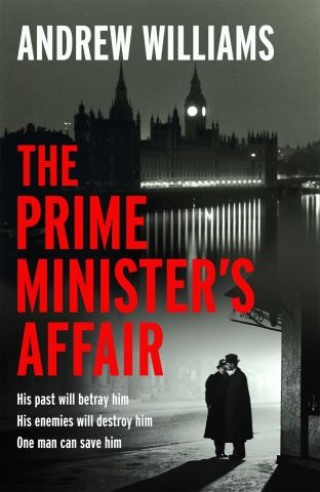 A compelling story of power, passion and intrigue based on real events, The Prime Minister's Affair is a terrific read - Nick Robinson, Presenter, BBC Today programme

London 1929. Very much not a land fit for heroes. Frenchie knows his occasional work for MI5 serves only the ruling classes. But he needs to feed his children. Scruples died in the trenches.

When Ramsay MacDonald, Britain's first Labour Prime Minister, is blackmailed by a former lover, Frenchie must go to Paris to buy her silence.

It is clear there are many people who would see MacDonald fall - the Conservatives, their friends in the press, even some of his own colleagues. But his own secret service? When Frenchie hears the other side of the story, everything changes.

The Prime Minister's Affair is another brilliant historical thriller from the author of Witchfinder, based on a real blackmail plot, hidden in the shadows.

'If le Carre needs a successor, Williams has all the equipment for the role' Times Literary Supplement Books of the Year

'Spy tradecraft of the old school, with no computers, fast cars or mobile phones, but not a whit less exciting for that. Highly recommended as both a spy story and a piece of social and political history' Shots Magazine

Andrew Williams: Andrew Williams worked as a senior producer for the BBC's flagship Panorama and Newsnight programmes, and as a writer and director of history documentaries. He is the author of two bestselling non-fiction books, The Battle of the Atlantic and D-day to Berlin, and four acclaimed novels, The Interrogator, (shortlisted for the Ian Fleming Silver Dagger Award and the Ellis Peters Award), To Kill a Tsar, (shortlisted for the Ellis Peters Award and the Walter Scott Prize), The Poison Tide and The Suicide Club. You can find out more about Andrew Williams and his writing at www.andrewwilliams.tv, and you can follow him on twitter at @AWilliamswriter or on Facebook.