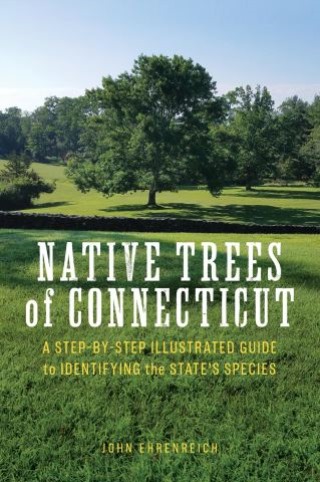 A Step-by-Step Illustrated Guide to Identifying the State's Species

There are 75 trees native to the Nutmeg State, all of which can be found in its forests and parks, and even your own backyard!

Native Trees of Connecticut is a step-by-step illustrated guide to identifying Connecticut’s trees. It provides easily observable characteristics that can help you recognize each species of tree.

This guide describes each tree’s overall shape and form when grown in an open area, provides a detailed description and photographs of leaves and bark, indicates the habitat in which the tree is typically found, and discusses the significance of the tree for wildlife. Flowers, buds, and fruits are also described and pictured when they are useful for identification. Additional sections focus on helping to distinguish among similar species of a single genus, such as the four species of hickory found in Connecticut, and on supplementary information about trees, including explanations of the functions of bark and leaves, tree habitats, and a guide to estimating age.

John Ehrenreich has a PhD in biological sciences and is a volunteer at Connecticut Audubon’s Deer Pond Farm sanctuary, where he co-leads nature walks and prepares educational materials. In his professional life he is a psychologist and a former professor of psychology at SUNY–Old Westbury. He is the author or co-author of six other books, including The American Health Empire (Random House), The Altruistic Imagination (Cornell), and Third Wave Capitalism (ILR/Cornell). His articles have appeared in, among other places, The Nation, Slate, American Prospect, Salon, and Washington Monthly. He resides in Sherman, Connecticut.