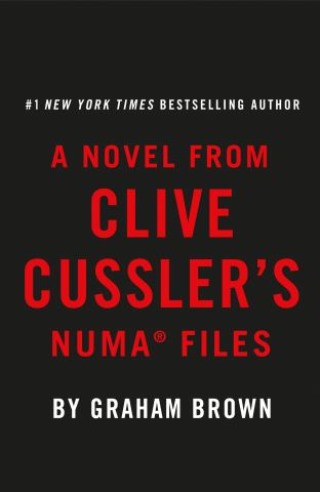 Kurt Austin must find a vanished ship and stave off a global catastrophe in the latest novel in the #1 New York Times-bestselling series created by the “grand master of adventure” Clive Cussler.

A freighter carrying top-secret computers of unparalleled capability disappears in the Western Pacific. While searching for a lost treasure that once belonged to the famous Chinese pirate queen, Ching Shih, Kurt Austin and Joe Zavala are redirected to look for the missing vessel.

Discovering that the sinking of the ship is just part of an intricate web of deception, they find themselves in the middle of a cyber-war between rival groups of hackers, both of whom want to control the flow of data around the world.

With no allies except a group of pirates who operate under their own crude laws, Kurt and Joe must rescue a colleague held hostage—while keeping the computers out of Russian or Chinese hands and the world’s digital information safe from the hackers.

Graham Brown: Clive Cussler was the author of more than eighty books in five bestselling series, including Dirk Pitt®, NUMA Files®, Oregon Files®, Isaac Bell®, and Sam and Remi Fargo®. His life nearly paralleled that of his hero Dirk Pitt. Whether searching for lost aircraft or leading expeditions to find famous shipwrecks, he and his NUMA crew of volunteers discovered and surveyed more than seventy-five lost ships of historic significance, including the long-lost Civil War submarine Hunley, which was raised in 2000 with much publicity. Like Pitt, Cussler collected classic automobiles. His collection featured more than one hundred examples of custom coachwork. Cussler passed away in February 2020.

Graham Brown is the author of Black Rain and Black Sun, and the coauthor with Cussler of Devil's Gate, The Storm, Zero Hour, Ghost Ship, The Pharaoh's Secret, Nighthawk, The Rising Sea, Sea of Greed, Journey of the Pharoes, and Fast Ice. He is a pilot and an attorney.