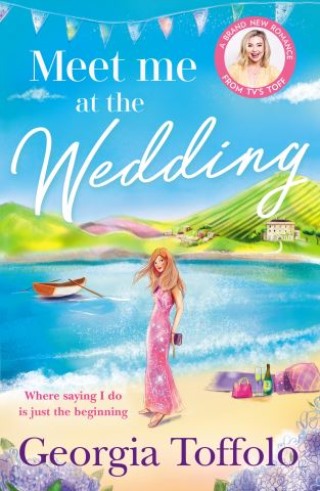 ‘A swirl of confetti made of joy, romance and just a few tears. Huge fun.’
#1 Bestselling author Katie Fforde

‘A modern, feisty heroine… Georgia had me rooting for Lily’s happy ever after right from the start.’Jo Bartlett, Bestselling author of The Cornish Midwife series

Where saying I do is just the beginning…

Lily loves living in Hawke’s Cove, and planning her best friend’s wedding at the Hawkesbury estate is the icing on the cake. But when the estate’s owner dies, and his son cancels the wedding, Lily must face Henry Hawkesbury – a man she hasn’t seen since that fateful night ten years ago…

Henry wants nothing more than to return to Hawke’s Cove, sell his estranged late father’s estate and leave. He certainly does not want to host a wedding, or face Lily, who gets on with everyone – except him!

But when Henry needs Lily’s help, she will only provide it if the wedding can go ahead. Working together means both must face their pasts, and, in doing so embrace their future. But can two people afraid of love acknowledge what they have always wanted…?

Georgia ‘Toff’ Toffolo captured the nation’s hearts when she was crowned Queen of the Jungle on I’m A Celebrity… Get Me Out of Here, after starring in the E4 series Made in Chelsea and becoming a firm favourite with the viewers. She has also recently appeared on Celebrity Hunted, The Great Celebrity Bake Off for SU2C and Channel 5’s My Famous Babysitter. Georgia now regularly features on ITV’s This Morning. She lives in South West London with her dog Monty.