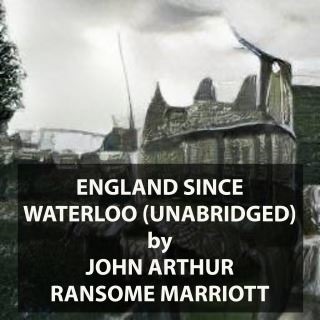 England Since Waterloo by Sir John Arthur Ransome Marriott (1859-1945) was first published in 1913 and went through many editions. The author taught history at Worcester College, Oxford for thirty-six years and served as a Conservative member of Parliament for fifteen. "England Since Waterloo" begins with the defeat of Napoleon who, Marriott writes, was impotent "to assail English power at sea, foiled in his attempt to ruin her commerce...overwhelmed under Russian snows, and finally conquered by the genius of Wellington." He portrays the people and the events of nineteenth century Britain, ending his narrative with the death of Queen Victoria in 1901. We see the "ascendancy of Science and Industry...the advent of Democracy...and the extension of Empire" in this panoramic survey of reform at home and imperialism abroad. - Summary by Pamela Nagami