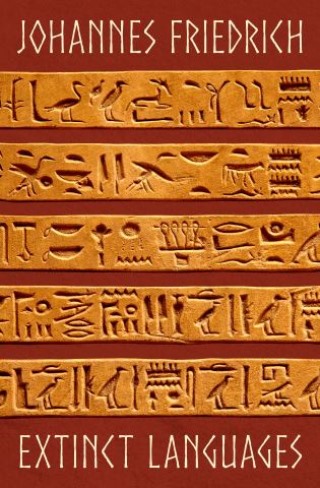 A noted linguist examines extinct languages, from Egyptian hieroglyphs to the mysteries of as-yet undeciphered writings, in this scholarly work.

While certain ancient languages were passed down continuously through the ages, many others were ignored for centuries. When scholars began to decipher these extinct languages in the early nineteenth century, they uncovered previously inaccessible riches of knowledge and history. Yet much work remains to be done on undeciphered scripts that continue to tantalize and perplex us today.

In Extinct Languages, linguist Johannes Friedrich guides readers through the fascinating world of recovered systems of writing, including Egyptian and Hittite hieroglyphs, Babylonian cuneiform, and others. He also explains the methodology and principles behind the deciphering process that will one day crack ancient mysteries such as the Indus Valley script.