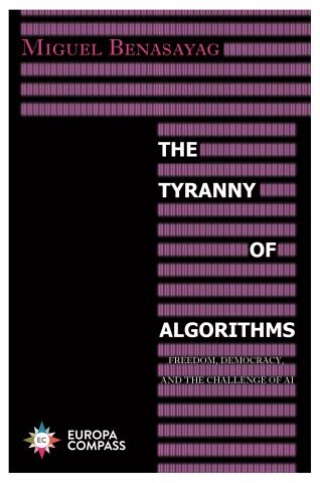 The Tyranny of Algorithms

Freedom, Democracy, and the Challenge of AI

A clear-eyed, timely investigation of the threat posed by Artificial Intelligence to individual freedom, social cohesion, and the democratic process—and a radical proposal on how to fight back.

In this sharp, urgent book, philosopher, psychoanalyst, and former resistance fighter Miguel Benasayag warns of the great danger posed by the growing role of big data and algorithms in deciding the contours of individual lives and the direction of the world. From mass surveillance to predictive law enforcement to data-driven social interactions, AI has already colonized most aspects of our lives and determines the decisions of companies, financial markets, and governments.

Structured as a conversation with anthropologist Régis Meyran, The Tyranny of Algorithms rejects the sterile dichotomy that sees the promise of a “transhuman” future placed in opposition to the desire for a return to a pre-digital past, and examines how societies might meet the unprecedented challenge posed by AI to personal freedom and democratic institutions.

The solution, argues Benasayag, doesn’t lie in the systemic rejection of advanced technologies and digital architectures but in the search for new forms of integration with machines that put human needs, bodies, and emotions at the center.

Miguel Benasayag, born in Buenos Aires, Argentina on June 4, 1953, is a philosopher, psychoanalyst, and researcher in epistemology.  A guerilla fighter, he was arrested and imprisoned for 4 years.  Due to his dual Franco-Argentine nationality he was released and moved to France, where he became a researcher, clinician and activist in the “new radicalism.” He is an author and columnist.