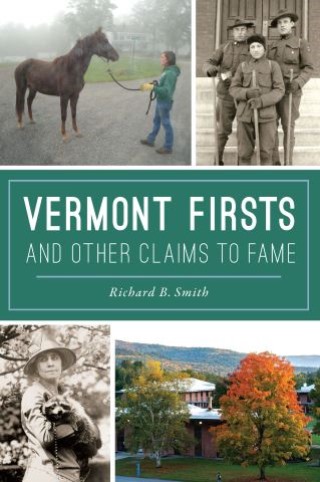 Vermont Firsts and Other Claims to Fame

Vermont may be small in population, but it looms large with innovation. The state constitution was the first in America to ban slavery, provide for universal male suffrage and establish a system for publicly funded education. Ethan Allen captured Fort Ticonderoga for America's First Victory. An eleven-year-old Willie Johnston was America's youngest Medal of Honor winner, and Grace Coolidge became the one and only First Lady to have a raccoon as a pet while in the White House. In the 1930s, rebellious Vermonters were the first to vote down a major New Deal construction project, the Green Mountain Parkway. Join local historian Dick Smith as he reveals this state's pioneering nature.

Richard B. Smith: Throughout his corporate career, Dick Smith has been interested in history. Dick has created historical maps and self-guided tours of Vermont that have been published and distributed throughout the Northeast. Both of Dick's previous books, The Revolutionary War in Bennington County: A History and Guide and Ethan Allen and the Capture of Fort Ticonderoga: America's First Victory, have been on bestseller lists and recommended by Vermont Public Radio (VPR), and he has appeared on VPRs radio show Vermont Edition. A past president of the Manchester Historical Society, Dick is currently serving his third three-year term as a trustee of the Vermont Historical Society. For more than twenty years, he has been giving history tours and has appeared on WCAX TV for these tours. Acting as host, his award-winning public television history series, History Where It Happened, was filmed throughout Vermont. He has made presentations in New England and New York. He earned degrees in engineering and management from Lehigh University and an advanced degree in economics from Columbia University. He resides in Manchester, Vermont, with his wife, Sharon.