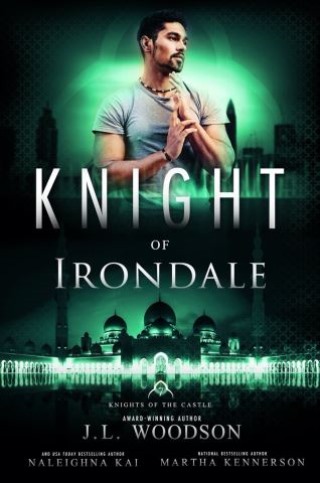 Neesha Carpenter is on the run from a stalker ex-boyfriend, so why are the police hot on her trail?
Neesha escaped the madness of her previous relationship only to discover the Chicago Police have named her the prime suspect in her ex's shooting. With her life spinning out of control, she turns to the one man who’s the biggest threat to her heart—Christian Vidal, her high school sweetheart.
Christian has always been smitten with Neesha’s strength, intelligence and beauty. He offers her safe haven in the kingdom of Durabia and will do whatever it takes to keep her safe, even enlisting the help of the Kings of the Castle.
Neesha and Christian's rekindled flame burns hotter even as her stay in the country places the royal family at odds with the American government.
As mounting evidence points to Neesha’s guilt, Christian must ask the hard question … is the woman he loves being framed or did she pull the trigger?

DON'T MISS the hot new standalone series, Knights of the Castle. The Kings of the Castle made them family, but the Knights will transform the world.


Did you miss The Kings of the Castle? "They are so expertly crafted and flow so well between each of the books, it’s hard to tell each is crafted by a different author. Very well done!" - Lori H.., Goodreads


ABOUT THE KINGS OF THE CASTLE SERIES
Each King book is a standalone, NO cliffhangers

USA Today, New York Times, and National Bestselling Authors work together to provide you with a world you'll never want to leave. The Castle.

Fate made them brothers, but protecting the Castle, each other, and the women they love, will make them Kings. Their combined efforts to find the current Castle members responsible for the attempt on their mentor’s life, is the beginning of dangerous challenges that will alter the path of their lives forever.

These powerful men, unexpectedly brought together by their pasts and current circumstances, will become a force to be reckoned with.

J. L. Woodson: J. L. Woodson is native Chicagoan and graduate of Columbia College Chicago. He is the award-winning author of The Things I Could Tell You, Super Woman’s Child: Son of a Single Mother, which was Nominated for a NAACP Image Award. Visit him on the web at www.woodsoncreativestudio.com.||||||