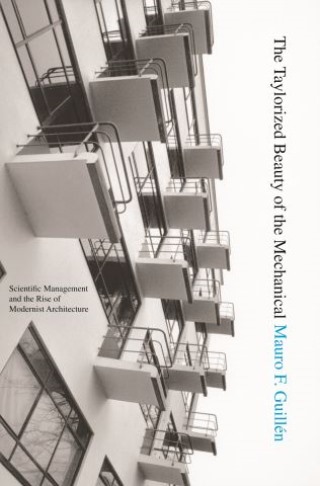 The Taylorized Beauty of the Mechanical

Scientific Management and the Rise of Modernist Architecture

The dream of scientific management was a rationalized machine world where life would approach the perfection of an assembly line. But since its early twentieth-century peak this dream has come to seem a dehumanizing nightmare. Henry Ford's assembly lines turned out a quarter of a million cars in 1914, but all of them were black. Forgotten has been the unparalleled new aesthetic beauty once seen in the ideas of Ford and scientific management pioneer Frederick Winslow Taylor. In The Taylorized Beauty of the Mechanical, Mauro Guillén recovers this history and retells the story of the emergence of modernist architecture as a romance with the ideas of scientific management--one that permanently reshaped the profession of architecture.


Modernist architecture's pioneers, Guillén shows, found in scientific management the promise of a new, functional, machine-like--and beautiful--architecture, and the prospect of a new role for the architect as technical professional and social reformer. Taylor and Ford had a signal influence on Bauhaus founder Walter Gropius and on Le Corbusier and his Towards a New Architecture, the most important manifesto of modernist architecture. Architects were so enamored with the ideas of scientific management that they adopted them even when there was no functional advantage to do so.


Not a traditional architectural history but rather a sociological study of the profession of architecture during its early modernist period, The Taylorized Beauty of the Mechanical provides a new understanding of the degree to which modernist architecture emerged from a tradition of engineering and industrial management.

Mauro F. Guillén: Mauro F. Guillén is director of the Lauder Institute and the Dr. Felix Zandman Professor of International Management and Sociology at the Wharton School of the University of Pennsylvania. He is the author of TThe Limits of Convergence: Globalization and Organizational Change in Argentina, South Korea, and Spain (Princeton), The Rise of Spanish Multinationals, and the coauthor of Building a Global Bank (Princeton).