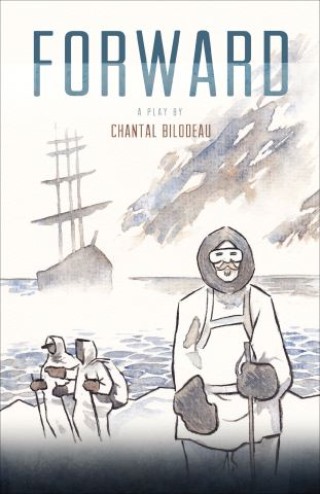 Chantal Bilodeau:
Chantal Bilodeau is a playwright, translator, and research artist whose work focuses on the intersection of science, policy, culture, and climate change. She serves as the artistic director of The Arctic Cycle – an organization created to support the writing of eight plays that look at the social and environmental changes taking place in the eight countries of the Arctic – and is the founder of the blog Artists and Climate Change. She was a co-organizer of Climate Change Theatre Action, which presented 100 events in 26 countries in support of the 2015 Paris Climate Conference. Her plays have been shown at theaters and universities in the United States, Canada, Mexico, Italy, and Norway. She was awarded the Woodward International Playwriting Prize, and First Prize in the Earth Matters on Stage Ecodrama Festival, and the Uprising National Playwriting Competition. She is the recipient of a Jerome Travel and Study Grant and a National Endowment for the Arts Fellowship, and has been in residence at Yaddo, MacDowell, the Banff Centre, and the National Theatre School of Canada.

Una Chaudhuri is a professor of English, drama, and environmental studies at New York University. She has been working on the "dramaturgy of climate change" through involvement with such works as Chantal Bilodeau's Arctic Cycle and Marina Zurkow's Dear Climate, among many other environmentally based theatre and performance projects. She is a strong spokesperson for theatre projects working against climate change.

Tale Naess is a filmmaker, author, and playwright who has written poetry, screenplays, texts for dramatic installations, libretto to the opera, plays, and more. Her recent work focuses on polyvocality, and her introduction will provide some perspective about how the play fits in the Norwegian context.