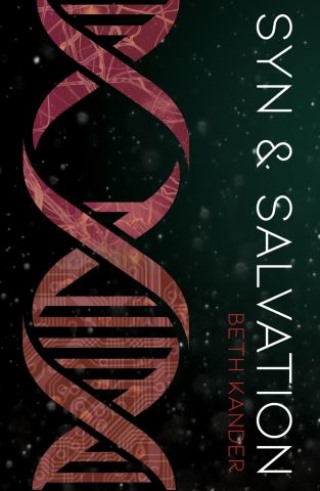 The Original rebels are quietly gearing up for their first uprising in decades, with Ere and Asavari playing critical roles in the fight for freedom; meanwhile, the Syns are distracted by other problems—including a mysterious electromagnetic pulse that begins periodically shuddering through their world, causing damage and devastation. Cal has fallen hard for Ever, who still cannot remember her past entanglement with Ere. And as Dr. Felix Hess fights to maintain control in an increasingly chaotic landscape, a new would-be ruler edges into view. Power struggles, prophecies, and people who just want their freedom all collide in the race to a conclusion that none of them saw coming.

Beth Kander: Despite hating the cold, Beth Kander is a Chicago-based writer. Her dystopian epic Original Syn debuted to acclaim in September 2018 (Owl House Books). An award-winning playwright, Beth has an MFA in Creative Writing from Mississippi University for Women, and also holds degrees from Brandeis University and the University of Michigan. Her favorite activities include theatre, yoga, inventing new leftovers-based recipes, and troll-hunting. She lives with her husband, daughter, and a giant rescue dog named Oz.