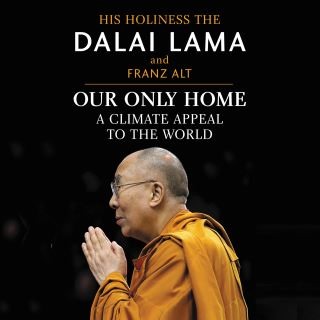 A Climate Appeal to the World

Saving the climate is our common duty. With each passing day, climate change is causing Pacific islands to disappear into the sea, accelerating the extinction of species at alarming proportions and aggravating a water shortage that has affected the entire world. In short, climate change can no longer be denied—it threatens our existence on earth.

In this new book, the Dalai Lama, one of the most influential figures of our time, calls on political decision makers to finally fight against deadlock and ignorance on this issue and to stand up for a different, more climate-friendly world and for the younger generation to assert their right to regain their future.

From the voice of the beloved world religious leader comes an eye-opening manifesto that empowers the generation of today to step up, take action and save our environment.

His Holiness the 14th Dalai Lama was born in 1935 in Taktser in the northeastern part of Tibet. After the occupation of Tibet by the People’s Republic of China in 1959, he fled to India, from where he has since worked for a mutually acceptable solution for a genuine autonomy of his homeland. In 1989 he was awarded the Nobel Peace Prize. Benevento most recently published his SPIEGEL bestseller Be Rebels of Peace (2018).

Franz Alt, born in 1938, studied theology in Freiburg and Heidelberg. In his long-term career as a journalist, he has repeatedly made his mark as a critical spirit who questions current interpretation of environmental and peace policy issues.