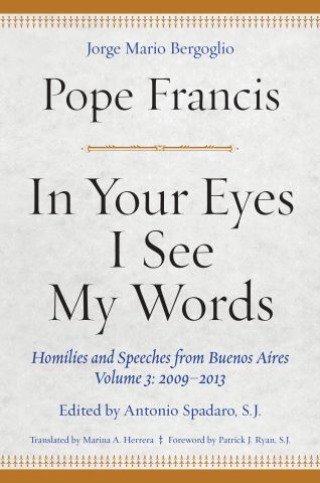 In Your Eyes I See My Words

For the first time the homilies delivered by Pope Francis during his years as Archbishop in Argentina from 2009-2013 will be published as a collection in English.

Pope Francis: Pope Francis was born in Flores, Buenos Aires, Argentina, on December 17, 1936, entered the Society of Jesus at age twenty-one, and was ordained in 1969 with a degree in philosophy. He became auxiliary bishop of Buenos Aires in 1992, archbishop in 1998, and cardinal in 2001. He was elected as the first Jesuit pope on March 13, 2013.