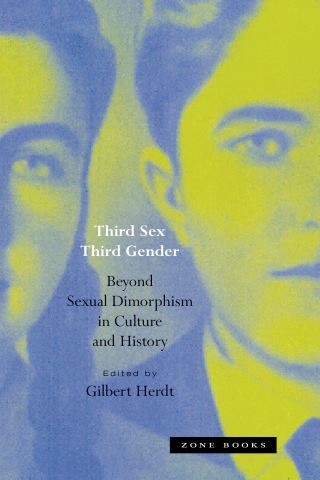 Beyond Sexual Dimorphism in Culture and History

Most modern discussions of the relationship of biological sex to gender presuppose that there are two genders, male and female, founded on the two biological sexes. But not all cultures share this essentialist assumption, and even Western societies have not always embraced it. Bringing together historical and anthropological studies, Third Sex, Third Gender challenges the usual emphasis on sexual dimorphism and reproduction, providing a unique perspective on the various forms of socialization of people who are neither “male” nor “female.”

The existence of a third sex or gender enables us to understand how Byzantine palace eunuchs and Indian hijras met the criteria of special social roles that necessitated practices such as self-castration, and how intimate and forbidden desires were expressed among the Dutch Sodomites in the early modern period, the Sapphists of eighteenth-century England, or the so-called hermaphrodite-homosexuals of nineteenth-century Europe and America. By contextualizing these practices and by allowing these bodies, meanings, and desires to emerge, Third Sex, Third Gender provides a new way to think about sex and gender systems that is crucial to contemporary debates within the social sciences.