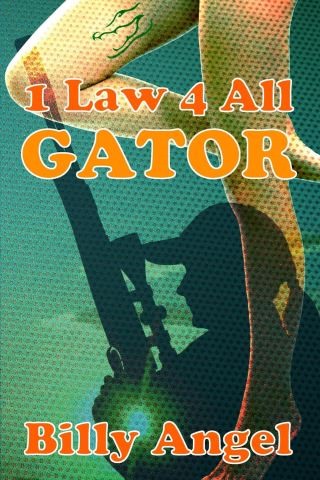 Our '1 Law 4 All' gang is dragged into a complex multinational, election fraud scheme. The gang's client champions fair and free elections. The battle lines are drawn. The political windmills established. The 1 Law 4 All Foundation teams with a voter justice group to ensure no tampering with the coming national election, especially in Florida, gator country.

We begin with a small group of wealthy progressives. Their influence finds two corrupt congressional representatives swindling the American public for personal gain. The story's deception rides a trail through the Russian mafia in Moscow, Brooklyn and Atlanta. They involve the daughter of made, East Coast mobster and his brother. Follow the friction and jaw-dropping revelations between two international gangster groups.

If this innovative technologically superior voter fraud scheme succeeds it will upset the world's order forever. The 'Club' concocts the most intricate, ingenious voter fraud scheme in U.S. history. Imagine waking one morning realizing that an unsettling fraudulent election turned the country's future over to a small group of international progressive Marxists.

Within Angel's creativity - solving, investigating and exposing 'political windmills' produces enjoyable reading. From the serious to the comical situations, the reader's in for a rollercoaster of reading enjoyment. Even Gator's insights into the dark side of human nature will tickle your funny bone while giving you some political hope for the nation's future.