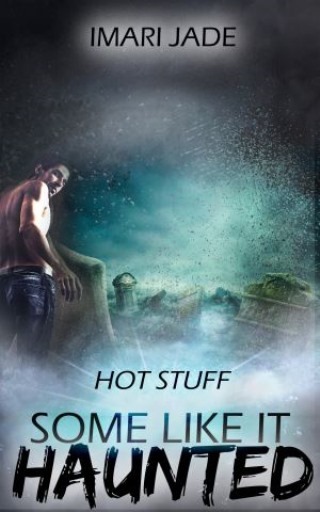 A master vampire gets the surprise of his life when a sexy male fairy dances his way into his club—and into his life.

An Irish fairy prince named Nicholas Bryne arrives in New Orleans and gets a job as a host at a popular nightclub called the Fur and Fangs. The two club owners—Stephen Chenoweth, a master vampire, and Andrew Newcomb, an alpha werewolf—are both captivated by the fairy's handsome face and sexy body. Though neither of them has ever encountered a fairy before, both are well aware that they are pranksters.

Stephen doesn't know why Nicholas has come to Louisiana, but he is more interested to find out what he's like in bed. Nicholas, on the other hand, has been kicked out of the fairy kingdom for messing with a brownie prince and seeks a new life where he can just be himself without complications—and prove to his parents that he's not a complete ass.

Imari Jade: Imari Jade was born and raised in New Orleans, Louisiana. She is the mother of three grown sons and six grandchildren. Imari has been writing over twenty years. When the kids were younger she wrote and sold humorous articles on child-rearing and later turned to penning short stories, particularly horror. Then one day she decided to try romance.