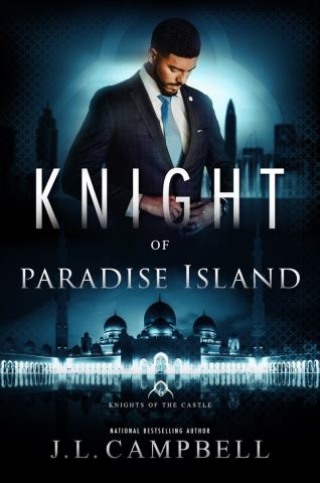 Someone is killing women and the villain’s next target strikes too close to the Kingdom of Durabia.
Dorian “Ryan” Bostwick is a protector and he’s one of the best in the business. When a King of the Castle assigns him to find his former lover, Aziza, he stumbles upon a deadly underworld operating close to the Durabian border.

Aziza Hampton had just rekindled her love affair with Ryan when a night out with friends ends in her kidnapping. Alone and scared, she must find a way to escape her captor and reunite with her lover.

In a race against time, Ryan and the Kings of the Castle follow ominous clues into the underbelly of a system designed to take advantage of the vulnerable. Failure isn’t an option and Ryan will rain down hell on earth to save the woman of his heart.

DON'T MISS the hot new standalone series, Knights of the Castle. The Kings of the Castle made them family, but the Knights will transform the world.


Did you miss The Kings of the Castle? "They are so expertly crafted and flow so well between each of the books, it’s hard to tell each is crafted by a different author. Very well done!" - Lori H.., Goodreads


ABOUT THE KINGS OF THE CASTLE SERIES
Each King book is a standalone, NO cliffhangers

USA Today, New York Times, and National Bestselling Authors work together to provide you with a world you'll never want to leave. The Castle.

Fate made them brothers, but protecting the Castle, each other, and the women they love, will make them Kings. Their combined efforts to find the current Castle members responsible for the attempt on their mentor’s life, is the beginning of dangerous challenges that will alter the path of their lives forever.

These powerful men, unexpectedly brought together by their pasts and current circumstances, will become a force to be reckoned with.