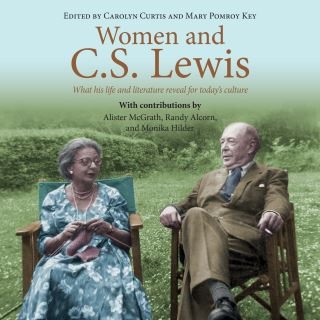 What His Life and Literature Reveal for Today's Culture

Sexism in Narnia? Or Screwtape? Or amongst the Inklings? Many critics have labelled C.S. Lewis a sexist, even a misogynist. Did the life and writing of the hugely popular author and professor betray attitudes that today are unacceptable, even deplorable? The younger Lewis was criticized for a mysterious living arrangement with a woman, but his later marriage to an American poet, Joy Davidman, became a celebrated love story. As a writer he, along with J.R.R. Tolkien, formed a legendary literary group, the Inklings - but without women. In this collection of short essays, opinion pieces, and interviews, academics and writers come together to investigate these accusations. They include Alister McGrath, Randy Alcorn, Monika Hilder, Don W. King, Kathy Keller, Colin Duriez, Crystal Hurd, Jeanette Sears, David C. Downing, Malcolm Guite, and Holly Ordway. The resulting work, Women and C.S. Lewis, provides broad and satisfying answers.