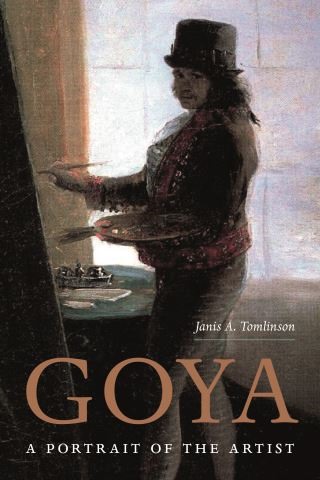 A Portrait of the Artist

The first major English-language biography of Francisco Goya y Lucientes, who ushered in the modern era

The life of Francisco Goya (1746–1828) coincided with an age of transformation in Spanish history that brought upheavals in the country's politics and at the court which Goya served, changes in society, the devastation of the Iberian Peninsula in the war against Napoleon, and an ensuing period of political instability. In this revelatory biography, Janis Tomlinson draws on a wide range of documents—including letters, court papers, and a sketchbook used by Goya in the early years of his career—to provide a nuanced portrait of a complex and multifaceted painter and printmaker, whose art is synonymous with compelling images of the people, events, and social revolution that defined his life and era.

Tomlinson challenges the popular image of the artist as an isolated figure obsessed with darkness and death, showing how Goya's likeability and ambition contributed to his success at court, and offering new perspectives on his youth, rich family life, extensive travels, and lifelong friendships. She explores the full breadth of his imagery—from scenes inspired by life in Madrid to visions of worlds without reason, from royal portraits to the atrocities of war. She sheds light on the artist's personal trials, including the deaths of six children and the onset of deafness in middle age, but also reconsiders the conventional interpretation of Goya's late years as a period of disillusion, viewing them instead as years of liberated artistic invention, most famously in the murals on the walls of his country house, popularly known as the "black" paintings.

A monumental achievement, Goya: A Portrait of the Artist is the definitive biography of an artist whose faith in his art and his genius inspired paintings, drawings, prints, and frescoes that continue to captivate, challenge, and surprise us two centuries later.

Janis Tomlinson: Janis A. Tomlinson has written and lectured extensively on the art of Goya. Her books include Goya: Order and Disorder, Goya: Images of Women, Goya in the Twilight of Enlightenment, and Francisco Goya: The Tapestry Cartoons and Early Career at the Court of Madrid.