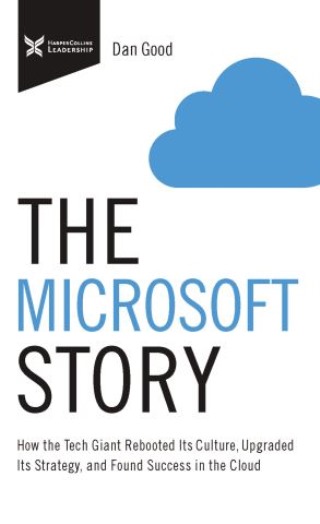 How the Tech Giant Rebooted Its Culture, Upgraded Its Strategy, and Found Success in the Cloud

Imagine if you could see the playbook that returned a struggling tech empire to the top of the tech leaderboard. The Microsoft Story will help you understand and adopt the competitive strategies, workplace culture, and daily business practices that enabled the tech company to once again become a leading tech innovator.

It wasn’t so long ago that Microsoft and its Windows operating system dominated the tech industry so much so that they faced antitrust charges for what was perceived by many to be predatory, monopolistic practices. Less than a decade later, the tide had turned and Microsoft lost its dominance in the personal tech marketplace amidst the launch of the iPhone, the rise of Google, and the cloud computing phenomenon.

Since Satya Nadella took over as CEO, the company has gone through significant changes. The company culture has become one of creativity and innovation, no longer requiring that all products revolve around Windows. The company has reevaluated their business lines, getting rid of underperforming initiatives such as smartphones, and focused on the area of growth where the company excelled:the cloud.

Through the story of Microsoft, you’ll learn:

Dan Good is a seasoned book writer, journalist, and ghostwriter with Kevin Anderson & Associates. Dan has written on a wide range of topics — including politics, business, true crime, biography, self-improvement, health/fitness, and sports. Prior to writing and ghostwriting books full time, Dan spent more than a decade as a journalist. He ran the national breaking news desk for the New York Daily News and also worked at ABC News and the New York Post, as well as local news outlets in New Jersey and his native Pennsylvania. Dan lives in Yonkers, N.Y., with his wife and son.