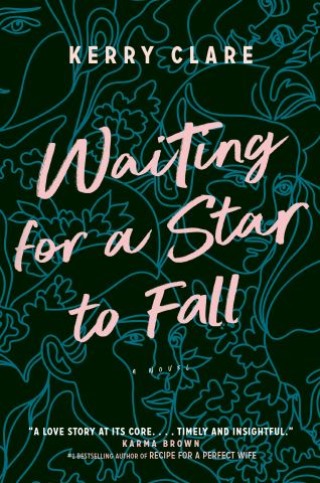 Waiting for a Star to Fall

"A love story at its core, though one without an ending written in the stars. . . . Timely and insightful." --Karma Brown, #1 bestselling author of Recipe for a Perfect Wife

For fans of Joanne Ramos, Josie Silver, and Emily Giffin, a gripping and powerful story that asks: Just how much are you willing to forgive in the name of love?

Brooke has long been caught in the orbit of Derek, a rising political superstar. First he was her boss, then they were friends and she became his confidant, the one person he shared everything with. And even though she had feelings for him--it was hard to resist; he's charming and handsome, respected and beloved--she never dreamed he'd feel the same way. Derek is so much older and could have anyone he wanted.

But it turns out that who Derek wants is Brooke, and suddenly none of the reasons they shouldn't be together matter. They fall in love. And even though Brooke has to keep the relationship a secret--stealing weekends away with him, late nights with takeout after long days at work, and business trips that are always a romantic whirlwind--being close to him and her dreams of their future make everything worth it.

Then it all falls apart, and Brooke is left holding the pieces of the life they'd shared. Derek becomes embroiled in a scandal--the kind Brooke never could have imagined he'd be involved in--and she is forced to re-examine their relationship and make sense of the man she loves.

Poignant, heart-stopping, and resonant, Waiting for a Star to Fall is a story about love, the things we choose to believe, and how sometimes the path to happily ever after has to start with ourselves.

Kerry Clare: KERRY CLARE'S first novel, Mitzi Bytes, was called "entertaining, engaging and timely" by the Toronto Star, who also noted that it "heralds the arrival of a fantastic, fun new novelist on the Canadian scene." She is editor of The M Word: Conversations About Motherhood, a National Magazine Award-nominated essayist, and editor of Canadian books website 49thShelf.com. She writes about books and reading at her popular blog, Pickle Me This and lives in Toronto with her family.