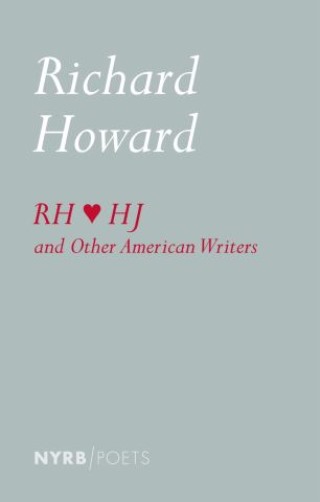 Richard Howard has long been recognized as one of America’s finest poets, celebrated as an author for his keen engagement with other authors, and especially for his sparkling and trenchant dramatic monologues and two-part inventions. Through the years, Howard has, in this way, given voice to all sorts of historical and literary figures, but two of his favorite subjects are two of his favorite writers—Walt Whitman and Henry James—and this book gathers an array of poems in which he responds to these great gay forebears, as well as to two other beloved Americans, Hart Crane and Wallace Stevens. Here Whitman the good gray poet opens his door to Bram Stoker and to Oscar Wilde; Henry James struggles to take stock of Los Angeles, where he is to have lunch with L. Frank Baum; Edith Wharton reminisces about her fraught friendship with the Master; poor Pansy from The Portrait of a Lady broods on her dreadful father; and late in life Wallace Stevens visits Paris—as Stevens never did. Howard’s wonderful inventions are as expansive and celebratory and human as Whitman, as deeply and subtly inquiring as James, as sumptuously meditative as Stevens, and as arresting and delightful as Richard Howard himself.

Richard Howard: Richard Howard is the author of eighteen volumes of poetry and has published more than one hundred fifty translations from the French, including, for New York Review Books, Marc Fumaroli’s When the World Spoke French, Honoré de Balzac’s Unknown Masterpiece, and Guy de Maupassant’s Alien Hearts. He has received a National Book Award for his translation of Les Fleurs du mal and a Pulitzer Prize for Untitled Subjects, a collection of poetry.

Timothy Donnelly is the author of three books of poems, most recently The Problem of the Many (2019), which received the inaugural Big Other Book Award for Poetry, and The Cloud Corporation, winner of the 2012 Kingsley Tufts Poetry Award. A Guggenheim Fellow, he teaches in the Writing Program of Columbia University School of the Arts.