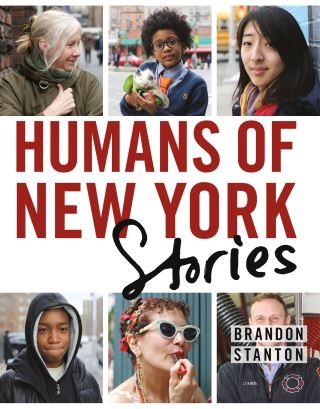 In the summer of 2010, photographer Brandon Stanton began an ambitious project: to single-handedly create a photographic census of New York City. The photos he took and the accompanying interviews became the blog Humans of New York.

His audience steadily grew from a few hundred followers to, at present count, over eighteen million. In 2013, his book Humans of New York, based on that blog, was published and immediately catapulted to the top of the New York Times Bestseller List where it appeared for over forty-five weeks.

Brandon Stanton: BRANDON STANTON is the creator of the #1 New York Times bestselling books Humans of New York and Humans of New York: Stories as well as the children's book, Little Humans. His photography and storytelling blog, also called Humans of New York, is followed by a global audience of over thirty million people across several social media platforms. In addition to sharing thousands of stories from around the world, the blog has raised over $12 million for featured individuals and nonprofits. Stanton is a graduate of the University of Georgia and lives in New York City.