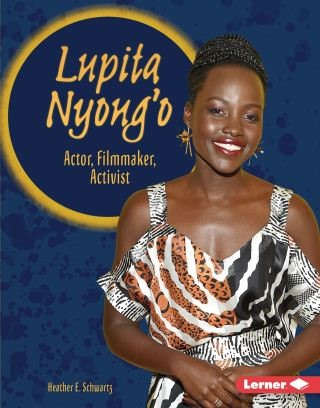 Lupita Nyong'o became an internationally known actor after appearing in 12 Years a Slave, winningthe Oscar for Best Supporting Actress for her role in the movie and becoming the first Kenyan and Mexican actor to win in the category. She's gone on to star in Star Wars: The Force Awakens, Black Panther, Us, and more.

As a college student, Nyong'o saw herself working behind the camera instead of in front of it, since she didn't know of any successful Kenyan actors. She studied filmmaking and theater but eventually decided to pursue her dream of acting on screen, appearing in the Kenyan TV show Shuga and attending the Yale School of Drama. Just before she graduated, she landed the role in 12 Years a Slave and has been working steadily ever since. In addition to acting, Nyong'o speaks out against colorism and sexism in the film industry and has written a picture book based on her experiences growing up. Learn about Nyong'o's childhood in Kenya, her activist work, and what she plans to do next.

Heather E. Schwartz: When Heather E. Schwartz was thirteen years old, she tracked down several lead orphans from the 1983 movie "Annie" and interviewed them by phone. As an adult, she realized she could apply those same early instincts to a career as a journalist and writer. She is the author of more than 35 nonfiction children's titles, published by Lerner Publishing Group, Capstone Press, Teacher Created Materials, Lucent Books, and Tangerine Press, a Scholastic imprint. She has written articles for National Geographic Kids and Discovery Girls. In addition, she developed the content for KidsGetArthritisToo.org, the juvenile section of the Arthritis Foundation's website. Other credits in the children's market include articles for Teen, Girls' Life, and All About You magazines. Additionally, Ms. Schwartz is a former editor at Bridal Guide magazine, co-author of Bridal Guide Magazine's How to Choose the Perfect Wedding Gown (Warner, 2004), and contributor to The Takeout Cookbook (Knock Knock 2007).