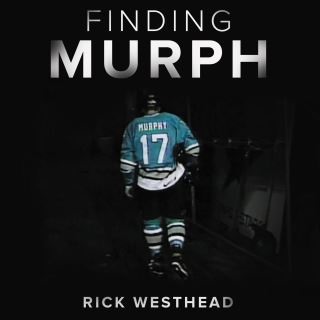 JOE MURPHY HAD IT ALL. In 1986, he became the first college-educated hockey player selected first overall in the NHL entry draft. He won a Stanley Cup in Edmonton four years later. But since then, his life has taken a tragic turn, largely due to the untreated brain injuries he suffered as a player.

Murphy’s life didn’t begin on a track that would lead to homelessness. He was smart, dedicated to hockey and was a key player for the Oilers, Red Wings and Blackhawks, among other teams. But one vicious body check changed his life forever. Despite being shaken by the hit, Murphy was cleared to return to the game. Soon after, his entire life seemed to change.

Murphy became a journeyman, moving from team to team. Along the way, other NHLers said they noticed something different about him, too. Murphy wasn’t acting like himself and soon found himself out of the NHL entirely. Eventually, Murphy became homeless.

In the spring of 2018, Murphy made his way to Kenora, Ontario, where he lived in the bush, spending his days outside a local convenience store, muttering to himself and taking handouts of food and drinks from passersby. The player who had once set the NHL aflame now slept by the side of the road in the unforgiving North.

In Finding Murph, Rick Westhead traces the true story of Joe Murphy and examines the role of the NHL in the downward spiral of one of the league’s most promising players.

RICK WESTHEAD is a senior correspondent for TSN and a contributor to CTV National News and W5. An award-winning investigative journalist with twenty-five years of experience, Westhead explores important issues in sports and offers his own unique perspective on the stories he breaks. Prior to joining TSN, Westhead served as a contributor to the New York Times and was a foreign affairs writer for the Toronto Star, where he also covered sports business. He was born in Oakville, Ontario, and raised in Burlington.