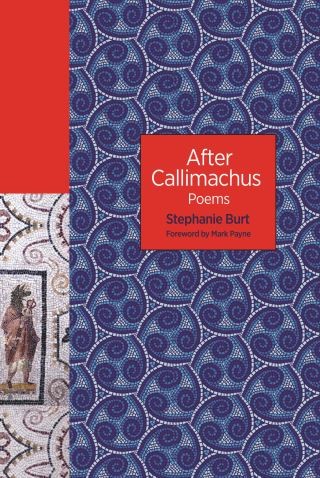 Callimachus may be the best-kept secret in all of ancient poetry. Loved and admired by later Romans and Greeks, his funny, sexy, generous, thoughtful, learned, sometimes elaborate, and always articulate lyric poems, hymns, epigrams, and short stories in verse have gone without a contemporary poetic champion, until now. In After Callimachus, esteemed poet and critic Stephanie Burt’s attentive translations and inspired adaptations introduce the work, spirit, and letter of Callimachus to today’s poetry readers.

Skillfully combining intricate patterns of sound and classical precedent with the very modern concerns of sex, gender, love, death, and technology, these poems speak with a twenty-first century voice, while also opening multiple gateways to ancient worlds. This Callimachus travels the Mediterranean, pays homage to Athena and Zeus, develops erotic fixations, practices funerary commemoration, and brings fresh gifts for the cult of Artemis. This reimagined poet also visits airports, uses Tumblr and Twitter, listens to pop music, and fights contemporary patriarchy. Burt bears careful fealty to Callimachus’s whole poems, even as she builds freely from some of the hundreds of surviving fragments. Here is an ancient Greek poet made fresh for our current times. An informative foreword by classicist Mark Payne places Burt's renderings of Callimachus in literary and historical context.

After Callimachus is at once a contribution to contemporary poetry and a new endeavor in the art of classical adaptation and translation.

Stephanie Burt: Stephanie Burt is a poet and critic and professor of English at Harvard University. Her books include Don’t Read Poetry, Advice from the Lights: Poems, and the essay collection Close Calls with Nonsense, which was a finalist for the National Book Critics Circle Award. Her work has appeared in such publications as the London Review of Books and the New York Times Book Review. She serves as poetry coeditor for the Nation. Mark Payne is professor of classics and comparative literature at the University of Chicago. He is the author of Theocritus and the Invention of Fiction, The Animal Part, and Hontology.