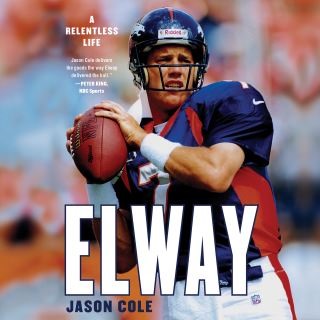 John Elway's historic moments are known by two-word phrases. He was at the center of the wildest play in college football history, simply known as "The Play." Before he signed a pro contract, there was "The Trade." His NFL career included "The Drive" and "The Fumble," and, of course, "The Helicopter," one of the most iconic highlights in Super Bowl lore. There are so many memorable comeback victories and heroic plays that people have to make lists rather than consider Elway in the context of any singular event.
Yet Elway's story is filled with one challenge after another. At Stanford, he never played in a Bowl game. He was ripped for being petulant after refusing to sign with the Baltimore Colts when he was drafted No. 1 overall, and later for his failure to get along with coach Dan Reeves. Over the first 10 years of his career, Elway led Denver to three Super Bowls, but lost in progressively worse fashion each time. Finally, after fifteen years of perseverance, Elway led the Broncos to back-to-back championships, including the biggest upset in Super Bowl history. Elway won the MVP award in his final Super Bowl and then walked away from the game.
Within four years, Elway's father and twin sister both died, and he went through a difficult divorce. Reeling in his post-retirement, he returned to football . . . at the bottom, running the Colorado Crush of the Arena Football League. He waited more than a decade to return to his beloved Broncos. While many people doubted him initially, Elway navigated the Broncos through massive changes and to victory in Super Bowl 50, making Elway the rare Hall of Famer to win a title both on and off the field. Elway has put his passion for competition on display in a way that only a handful of other NFL greats have ever done, and Elway is the most complete look at one of the most accomplished legends in the history of American sports.

Jason Cole: Jason Cole has covered or written about pro football since 1992 and has been a selector for the Pro Football Hall of Fame since 2013. He has worked for publications such as Bleacher Report, Yahoo! Sports, The Miami Herald, and the Fort Lauderdale Sun-Sentinel. Cole's five-year investigation of Reggie Bush and the University of Southern California resulted in Bush becoming the only player to ever relinquish his Heisman Trophy and USC losing its 2004 national championship.
Cole has co-authored six books, including Giant with Plaxico Burress, Heart for the Game with Simon Keith, and Ocho Cinco with Chad Johnson. Prior to covering the NFL, Cole covered the NBA, Major League Baseball, and high school sports in the San Francisco Bay Area. Among his breaking news stories was uncovering famed impostor James Hogue at both Princeton University and Palo Alto High School. Cole teaches sports writing at the University of Florida and is the father of two Eagle Scouts. He is a graduate of Stanford University, which he attended at the same time as Elway.